[Overview] What is Star Sharks?

Star Sharks is a project developed and supported by Binance Lab. Star Shark is also an outstanding project on the Binace Smart Chain platform, with the integration of different game types as outlined in the team’s development roadmap, which has helped Starshark attract the attention of players and investors. as soon as it’s released. The game allows the player to use his NFT character to enter a specific metaverse, the Shark-metaverse. Here the project allows players to develop together and create the community in the Shark-metaverse.

In Star Sharks players can use their sharks with many different cards, each shark will have 4 cards to use respectively. The game also offers 2 different types of game modes, PvE and PvP, besides daily quests and daily quests. 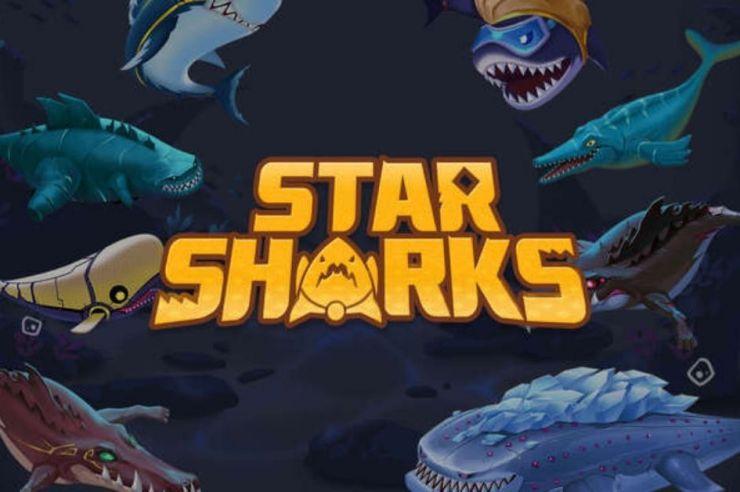 The difference between Star Sharks and other NFT games is the way the game is promoted and communicated. The referrer feature will be a useful feature for players, motivating them to invite new players.

In the StarSharks platform, players will provide a system that combines lessor and lessee. Regarding the liquidity and usage of NFT assets, players will be fully enabled by the feature in this StarSharks .

In addition, the NFT rental system will help players bridge the gap between other players who are holding NFT but do not have time to enter the Game and members who often play but do not qualify. , the initial financial ability to buy yourself NFT input.

At the rental system, the player lists the NFTs he has so that other players can rent and set the expected rental income and date. The rental period for a day is limited to 6 hours and if the rental NFTs generate less income than expected, the player can continue to list on the rental market.

In StarSharks there will be some rules when renting: 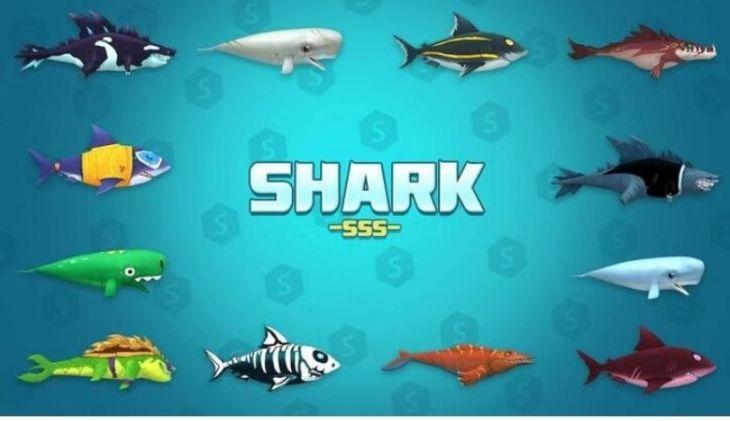 The game system in StarSharks is a collection of many different games about the ocean world, so players can find many different forms of play in that game collection. Through playing the game you will earn SEA, NFTs…

With competitive games in the game system, players who win or achieve high rankings in the game’s leaderboard will receive a reward of SSS governance tokens.

The platform of the project creates a liquidity pool. At this pool players can stake their SSS tokens in exchange for VeSSS (locked SSS tokens) and become LPs. When becoming an LP, players will be sharing 70% of the platform’s earnings. 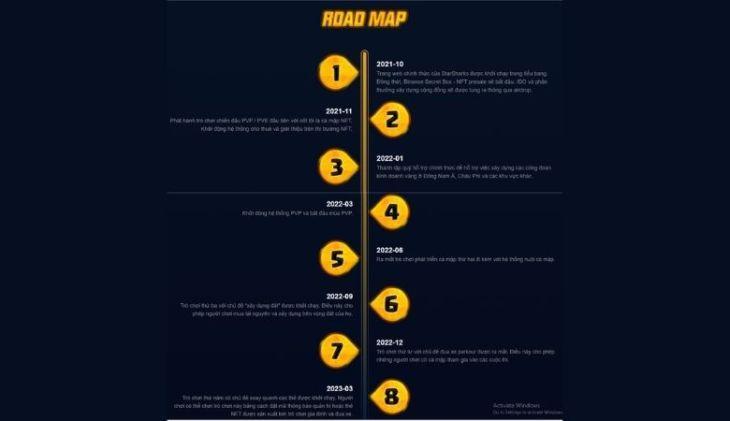 Official IDO and community building rewards will be launched via airdrop.

Officially launch the rental system and introduce on the NFT market.

Establish an official support fund to support the construction of gold trading unions in Southeast Asia Africa and other regions.

Officially launch the PVP system and start the PVP season.

The team released a second shark development game that comes with a shark farming system.

The third game with the theme of “land building” is launched. This allows players to buy resources and build on their lands.

The fourth game with the theme of parkour racing is released. This allows players with sharks to participate in competitions.

The fifth game is themed around launched cards. Players can play this game by staking admin tokens or NFT tokens produced by the family and racing game.

Sea is an in-game currency with an endless supply, and balancing supply and consumption is a prerequisite for the release of every game on the platform for token stability.

As for supply: The ratio of supply to consumption will be around 0.84 in the first 2 months and reach 1.4 even though the player count will increase, this will always be within the acceptable ratio so the issuer will not need any intervention and will only maintain the stability of the token.

SSS Token is an official multi-functional digital currency used as a medium of exchange between members of the Game StarSharks platform in a decentralized manner. SSS Token provides players with a payment method and will solve all the problems between the participants interacting in the ecosystem on StarSharks without the need for any intermediary unit or management. 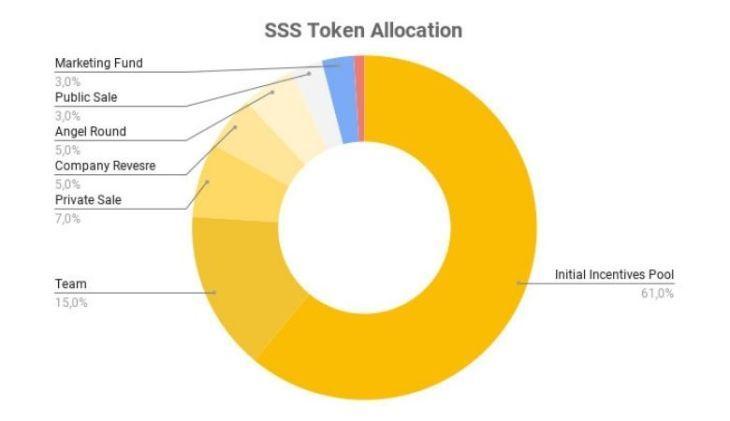 Play to Earn: get high ranking position in the game to receive SSS token rewards.

User complete daily mission and get SEA card, winner of PvP/PvE match can also get SEA, top prize winner or top 500 player will have chance to get reward SSS token value.

Information about the team management of Star Sharks is only limited to the role of the management by the project and no longer talks more deeply about each person, so the information is limited. 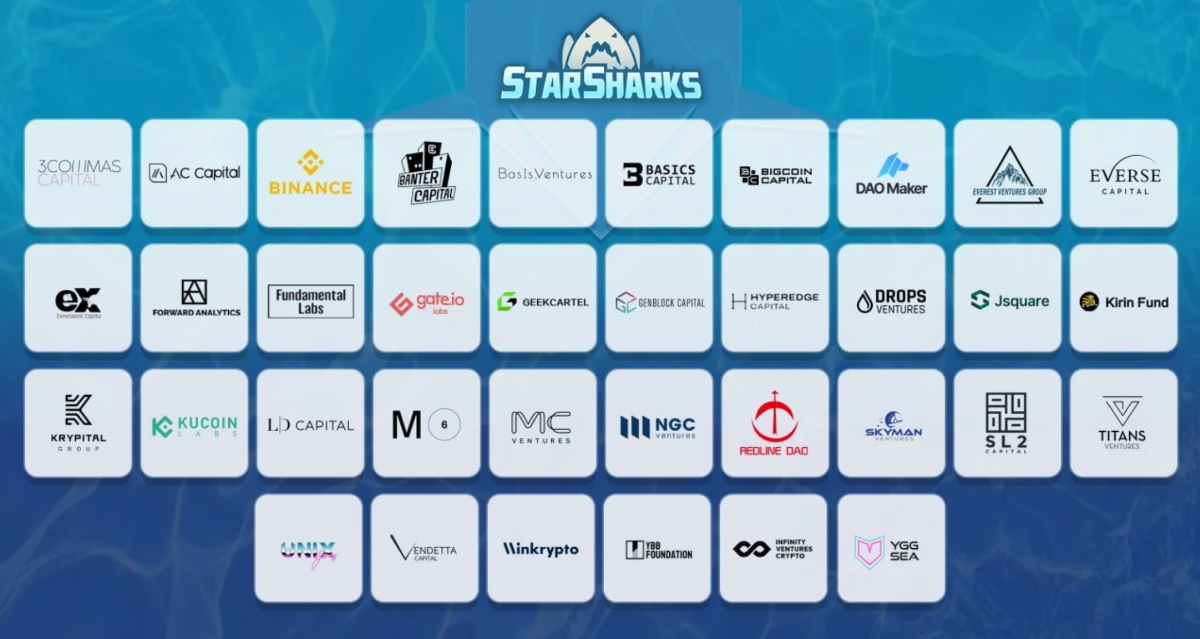 You can find out more information about Star Sharks through:

Above are the detailed reviews of what is Star Shark project? Help you have more knowledge about interesting game projects that are extremely easy to play and easy to make money in the GameFI market.

If you have any questions, comments, recommendations or project ideas, please email: [email protected]

[Overview] What is GUILD OF GUARDIANS ($GOG)?

[Overview] What is MINES OF DALARNIA ($DAR)?